Artic and Her Kittens 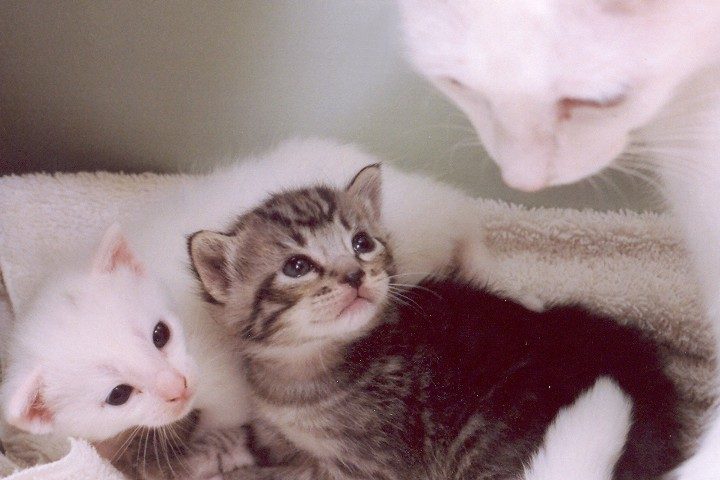 For the Love and Patience of Ferals

One night while watching TV, lights outs, I saw a white cat go for the kitchen food bowls. Normally this wouldn’t have disturbed me as I had two white cats, except they are males and this was a very pregnant female! I sat very still allowing her to eat and when she left I followed her. She had managed to figure out the pet door and made her way across the property to a neighbor’s yard where I then lost her.

Six weeks went by before I saw her again. And this time the incident was repeated with three kittens in tow. I named her Artic. As the personalities of the kittens emerged I named them, Tundra for the Tabby female, Blizzard for the white male always dashing around and Clarence for the cross-eyed partially deaf white male. Again Artic up and disappeared, but she left her babies in my safety.

Four months later Artic reappeared, again very pregnant. It took about a week, the clock was running, I knew I had to catch her or my home would soon turn into her private adoption center. As it was, from her last litter, I could only hands on Blizzard. Tundra & Clarence were still being too elusive. Finally I managed to lure her into the guest bathroom where she delivered that very night! 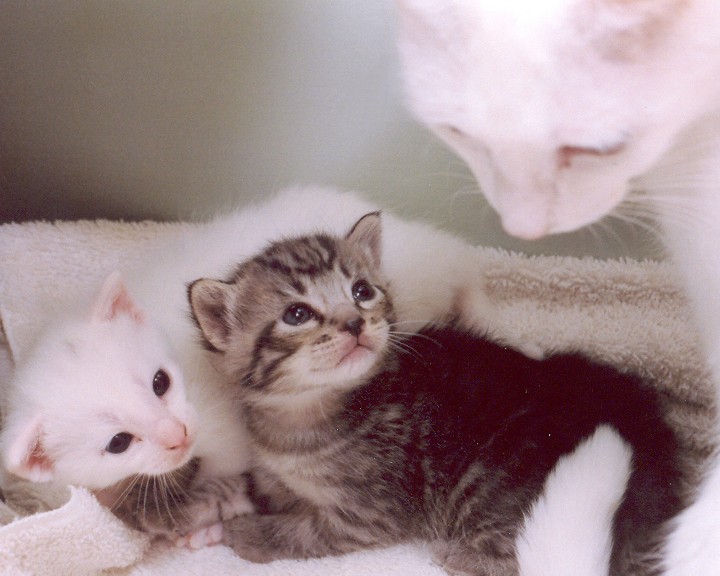 I was her nursemaid and it amazed me that she let me. Artic soon learnt that I was no threat and every day I handled her and her new litter, Tundra, Blizzard & Ice. I repeated the names because I knew none of these babies would stay with me. I already had 14 cats and didn’t need or want more. They would be an easy adoption, which set my heart at ease.

After 6 weeks of constant handling and attention I brought them to the Dublin Human Society. They stayed a few more weeks and then everyone, now socialized, was adopted to good homes. Including Artic with her beautiful blue eyes and sweet personality.

Blizzard was caught and neutered and lives with me. While away for work a friend, Amber, caught Tundra who was taken to the Dublin Humane Society, spayed and adopted. Clarence still evades us all but hopefully will one-day come around.